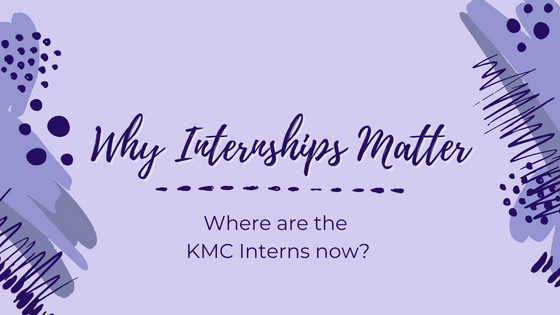 Internship (noun): the position of a student or trainee who works in an organization sometimes without pay, in order to gain work experience or satisfy requirements for a qualification.

It was May 1990.  I had just graduated from the University of Missouri with a degree in Magazine Journalism and a minor in English. What next?! With my wedding in three short months followed by a move to Washington, D.C., I wasn’t in a position to look for a full-time job, but knew I wanted to work during this interim time and, hopefully, get some experience before my job search in the Nation’s Capital.  My solution: an internship!

However, living temporarily back home in my small town of California, MO, I wasn’t exactly in the mecca of internships for public relations, marketing or journalism jobs. Sometimes, though, things work out and that was the case for me! By June, I found myself working in the 4-person marketing and public relations department at a local hospital in Jefferson City, MO. The three months that I spent there was undoubtedly the best experience and opportunity that I could have imagined.

I recall my first day on the job being assigned to write a press release for the hospital, work on ideas for a health fair marketing event later in the summer and set up an interview with a doctor for an article for the internal newsletter. All of these things were exciting, but also a little scary. Where should I start? Who should I go to for questions? Would my questions be stupid? This was no longer for a grade, but real work!

My self doubts were quickly erased. Everyone welcomed me as a part of the team and treated me like a professional, like one of them. I was included in staff meetings, lunches and general water cooler talk. My immediate supervisor, Brenda Myers, was very thorough in explaining the ins and outs and guiding me through the protocols of the department, the do’s and don’ts and general office politics. She set me up for success.

Three months flew by but not the lifetime of lessons I gained. The best part–32 years later I still keep in touch with Brenda. We have shared professional work stories, leaned on each for advice, lunched on regular occasions when we were in the same town and stayed good friends.

For the past 18+ years, I’ve had the opportunity to hire a lot of interns at KMC and KMC Events, which got me thinking. Where are they now? What, if anything, did they learn while at KMC and did we set them up for success? So, we’ve reached out to them recently and look forward to sharing their stories in the next several weeks through our social media channels.